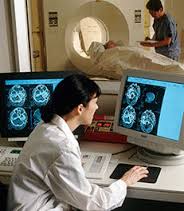 There has been a big leap in the number of cancer patients turning to crowdfunding to pay for treatments not available on the NHS, figures seen by BBC Radio 5 live suggest.

Data from JustGiving shows that 2,348 appeals were set up by cancer patients or their loved ones in 2016, a seven-fold rise on the number for 2015.

Doctors say the number of patients bypassing the NHS is “very worrying”.

Liz Sheppard, a mother-of-three from Mansfield, was diagnosed with small cell stomach cancer – a rare form of the disease – in November 2015.

She has now raised over £135,000 online to help pay for immunotherapy, which she is receiving at a private centre in London.

She has already spent around £60,000 of the money on immunotherapy, and says she is responding well to the treatment.

She told the BBC: “I’m able to get out and lead as normal a life as possible. Certainly I’m not bedridden.

“If it wasn’t for people’s generosity and kindness, I wouldn’t be where I am now. It’s not something I could have self-funded. Without that money I wouldn’t be here. It means everything.

“I’m a mother. I look at my children every day and they keep me going.

“And the messages people leave when they make a donation can be motivating in themselves. You can draw a lot of strength from them.”

A spokesman for NHS England said: “More people than ever before are surviving cancer thanks to improved NHS care… and together with NICE (the National Institute for Health and Care Excellence) we have also launched a new-look cancer drugs fund, meaning patients will be able to access promising, new and innovative treatments much quicker.”

According to the detailed figures released by the platform JustGiving, USA, Germany and Mexico topped the most popular destinations for patients travelling abroad for treatments last year.

More than a fifth of those looking for treatment (404 people) raised £1,393,490 in donations to travel to the United States for care.

Immunotherapy was the most popular treatment crowdfunded on the JustGiving platform in 2016.

The therapy uses the body’s own immune system to fight off cancer. It has been shown to work in certain cases, but not all. And some are still in the very early stages of research.

The treatments people have funded are not always considered to have the backing of sufficient scientific evidence by NHS experts.

Charles Wells, chief operations officer for JustGiving, said: “Over the last 12 months, we’ve seen more and more people crowdfunding on JustGiving to raise money for cancer treatments that aren’t available on the NHS.

“It can be a practical way for friends, family and the community to come together and help, as well as providing a lifeline for people by giving them access to pioneering treatments when they’ve been given a cancer diagnosis.”

Consultant oncologist Dr Clive Peedell expressed concern about the rise in the number of patients bypassing the NHS to fund their own treatment.

He told BBC Radio 5 live: “The NHS is clearly financially under pressure at present, but cancer therapy has received preferential funding compared with other diseases and conditions.

“The system for approving effective new cancer drugs is not perfect, but is much improved.

“The vast majority of proven effective treatments for cancer are funded by the NHS.

“This includes immunotherapy for a number of indications including lung cancer, which is my own field.

“However, funding pressures are likely to pressurise the current system even further and we could see it break down in future.

“It is therefore very worrying to see this trend of crowdfunding for cancer drugs.

“It would be interesting to review all the cases to find out how many are genuinely appropriate.

“I worry that some patients may be trying to access treatment that may not be beneficial.

The NHS England spokesman said it was investing £130m in state-of-the-art radiotherapy equipment, alongside £200m of funding over two years to improve local cancer services.