The lives of 20,000 Britons a year would be saved if everyone ate a Mediterranean diet, it is claimed.

In the first study of its kind, doctors evaluated the effects of an olive oil, fish and nut-rich diet on the health of ordinary people in England.

It revealed that one in eight deaths from heart attacks, strokes and other types of cardiovascular disease could be prevented if everyone followed a Mediterranean diet.

The Cambridge University researchers said this makes the eating plan as good for the heart as exercise.

Cardiovascular disease is behind more than one in four deaths, killing 155,000 Britons a year.

Study author Dr Nita Forouhi said: ‘A higher level of adherence to the Mediterranean diet could have a significant impact on lowering the cardiovascular disease burden in the UK.’ 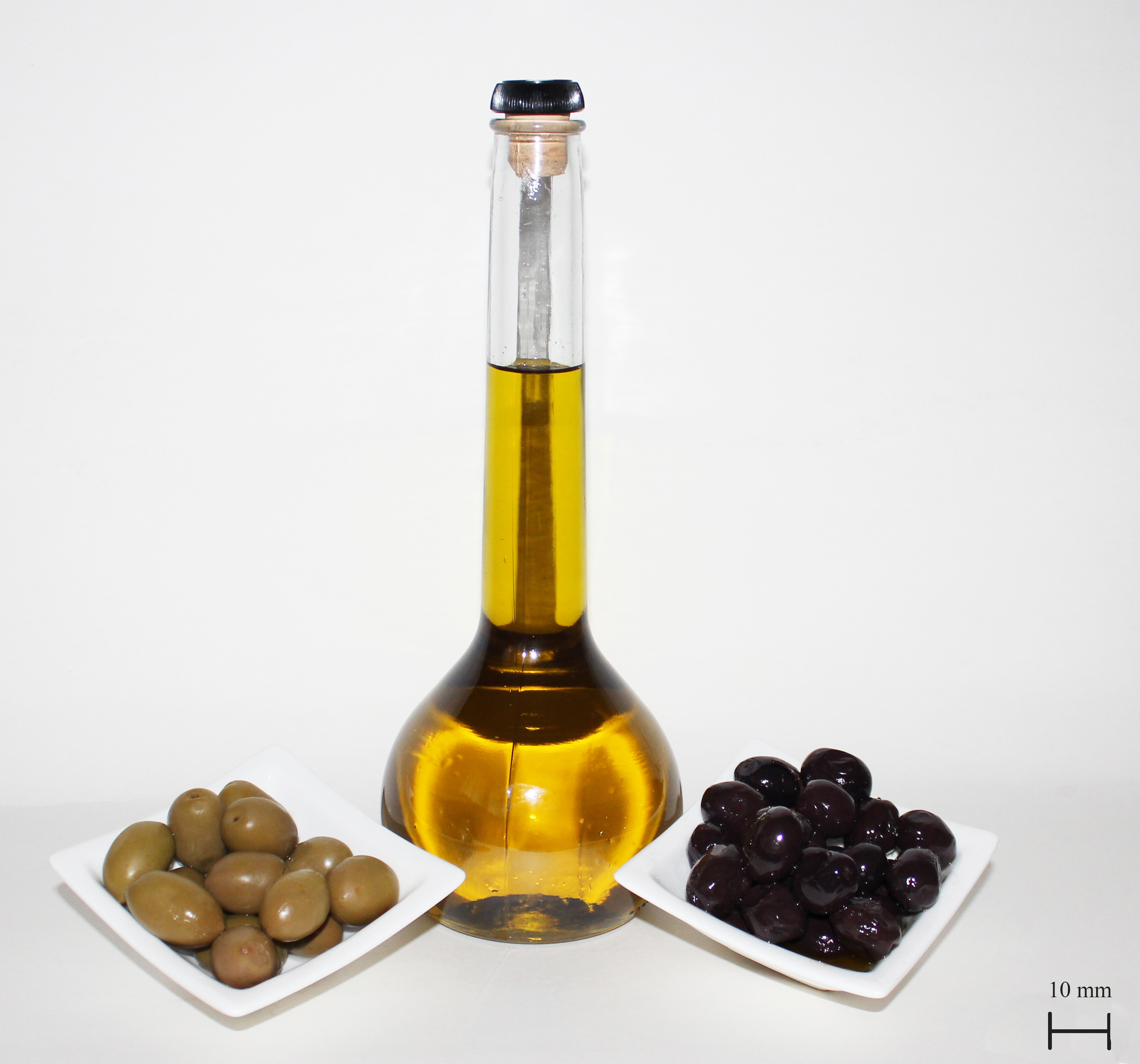 Dr Forouhi crunched data on almost 24,000 men and women aged 40-plus from Norfolk whose lives were tracked for up to 20 years.

All filled in a detailed dietary questionnaire, underwent various health checks and recorded whether they smoked and how much they exercised.

None suffered heart problems at the start of the study but, by its end, 7,606 of them had suffered a heart attack, stroke or other problem, and 1,714 had died as a result.

Those who ate the most Mediterranean-like diet had the fewest heart problems, the journal BMC Medicine reports.

Dairy products, fish, poultry and red wine are also encouraged, but red and processed meat should be eaten in moderation.

Numerous studies done in the Mediterranean have shown it to benefit health, but those done in other countries have provided conflicting results.

And no proper research has been carried out in the UK, despite health authorities promoting the diet.

UK-wide, this would equate to almost 20,000 lives being saved annually.

The change could also provide numerous other benefits, with a Mediterranean diet warding off ills from cancer to diabetes and Alzheimer’s disease.

Dr Forouhi added: ‘Encouraging greater adoption of the Mediterranean diet looks like a promising component of a wider strategy to help prevent cardiovascular disease, including other important factors such as not smoking and maintaining a healthy weight, blood cholesterol and blood pressure.’

Professor Ian Johnson, of the Institute of Food Research in Norwich, said: ‘This is a careful and rigorous study showing a relatively small but potentially important association between higher adherence to a Mediterranean-style diet and reduced risk of heart disease and death from heart disease.’

The British Heart Foundation welcomed the research but cautioned that there is more to good health than just eating well.

Tracy Parker, a dietician at the charity, said: ‘The researchers found that those with high adherence to the diet were less likely to be smokers and more likely to be physically active – both important independent factors in reducing a person’s risk of cardiovascular disease.’

The battle against dementia should be refocused away from “dubious” drugs to the benefits of a Mediterranean diet, a group of doctors and health workers said ahead of an international summit.

In a letter to the health secretary, Jeremy Hunt, they said persuading people to eat fresh fruits and vegetables, nuts, fish and olive oil was “possibly the best strategy currently available”.

Dementia experts from G8 countries will gather in London this week for a meeting convened by the prime minister, David Cameron, as part of the UK’s presidency of the group of leading economies.

Hunt has called dementia a health and care “timebomb” with the number of people living with the condition expected to triple worldwide to 135 million by 2050, according to a recent report.

There is also a lack of diagnosis in England and Wales – with fewer than half of cases formally recognised by GPs and patchy performance across different areas. Critics of current policies are also concerned about high levels of anti-psychotic drug prescription.

Among signatories to the letter were former chair of the Royal College of General Practitioners, professor Clare Gerada, the chair of the National Obesity Forum, professor David Haslam, professor of Clinical Epidemiology at the University of Liverpool Simon Capewell and London cardiologist Dr Aseem Malhotra.

They said successfully encouraging people on to a healthier diet could have a far greater impact in the fight to reduce the dramatically increasing rates of the disease than pharmaceutical and medical interventions and “the dubious benefit of most drugs”. It can also protect against coronary heart disease, hypertension and diabetes.

Research by the University of Exeter’s Medical School found a majority of studies suggested the diet could improve cognitive function, lower rates of decline and reduce the risk of Alzheimer’s disease.

However, results for mild cognitive impairment – the stage before Alzheimer’s or dementia, when someone could be experiencing some cognitive difficulties – were inconsistent.

Dr Malhotra said: “The evidence base for the Mediterranean diet, in preventing all of the chronic diseases that is plaguing the western world is overwhelming.

“Policymakers and the public need to know that such a diet is far more potent than the often dubious benefit of many medications and without side-effects.”

Dr Simon Poole, a leading advocate of the Mediterranean diet who organised the letter, said: “Educating all generations, including our children, in the importance of a good diet in maintaining health in old age is a project which will take years, but is absolutely essential.

“We are calling upon policymakers to not only support the care and treatment of those who are already suffering from dementia, but to make significant investments in work which will see benefits beyond the period of one or two parliaments.”

Brain power in older people at risk for vascular dementia seems to improve more from a Mediterranean diet with added mixed nuts or extra virgin olive oil than from a low-fat diet that is typically followed to prevent heart attack and stroke, according to the results of a Spanish trial.

People on a Mediterranean diet consume virgin olive oil as their main source of fat, and eat lots of fruits, nuts, vegetables and pulses foods. They also consume a moderate to high amount of fish and seafood, a moderate amount of red wine, but low quantities of dairy products and red meat.

The researchers, from the University of Navarra, report the trial results in a paper that was published online this month in the Journal of Neurology Neurosurgery and Psychiatry, which is published by the BMJ.

The participants of the trial, 522 men and women aged between 55 and 80, were taking part in the PREDIMED trial to investigate how best to ward off heart disease.

When they enrolled on the study, none of the participants had cardiovascular disease but were considered to be at high vascular risk because of other pre-existing diseases or conditions.

The researchers counted having type 2 diabetes, or any three of the following conditions, as being at high risk for vascular disease: being a smoker, having high blood pressure, having an unhealthy blood fat profile, being overweight, or having a family history of developing cardiovascular disease early in life.

The team randomly allocated the participants at the start of the study to one of three groups. In one group, the participants followed a Mediterranean diet with added olive oil, in a second group, they followed a Mediterranean diet with added mixed nuts, and in the third group (the controls) they were given advice on how to follow a low fat diet that is usually recommended for reducing risk of heart attack and stroke.

The team followed the participants for an average of 6.5 years, during which they visited the family doctor for regular check ups, and every three months, had checks to see if they were following the diet plan they had been allocated.

Brain function test score averages were significantly higher for the two Mediterranean diet groups than for the control group on the low fat diet.

The results remained true even after the researchers ruled out effects from other factors that might influence them, such as age, physical activity, education, vascular risks, depression, calorie consumption, BMI, alcohol intake, family history of MCI or dementia, or the presence of the Alzheimer’s disease marker ApoE.

“An intervention with MedDiets enhanced with either EVOO [extra virgin olive oil] or nuts appears to improve cognition compared with a low-fat diet.”

The team accepts that a limitation of the study is the rather small sample size, and since all participants were classed as having a high risk of developing vascular disease, you can’t say these findings represent the population at large.

But, the researchers point out no other trial examining the effect of following a Mediterranean diet on brain power has lasted this long. So these findings, they argue, add valuable knowledge to the growing pile of evidence that suggests a good diet protects brain power as we age.

Other studies about the effects of following a Mediterranean diet suggest it is good for mental and physical health, and that it can help protect bones.