Nurses are being forced to spend more time on ‘tick-box’ paperwork and less with patients despite a Government pledge to crack down on unnecessary NHS bureaucracy.

The Royal College of Nursing says staff spend nearly a fifth of their working day filing, photocopying and ordering basic supplies because of a chronic lack of investment in administrative staff and the failure of expensive new IT systems to reduce their workload.

The scandal at Mid Staffordshire NHS Trust has also forced nurses to record more information on basic care and treatment and to document how often they speak to patients.

This policy is seen as vital to improve care standards and the monitoring of patients, and is intended to help improve the reputation of nursing by forcing staff to talk to patients at least once an hour.

Dr Carter said a survey of more than 6,000 nurses revealed the amount of unnecessary paperwork – which excludes filling in patient notes – had doubled in the past five years alone and amounted to 2.5 million hours a week across the NHS.

He said half of those surveyed said the burden of such work had increased ‘dramatically’ in just two years.

Calling for ‘urgent action’, Dr Carter said: ‘These figures prove what a shocking amount of a nurse’s time is being wasted on unnecessary paperwork and bureaucracy.

‘Yes, some paperwork is essential and nurses will continue to do this, but patients want their nurses by their bedside, not ticking boxes.’ 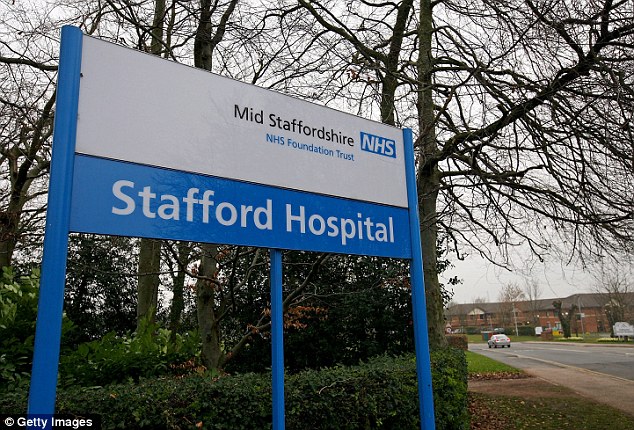 A quarter of nurses surveyed said their workplace did not have a ward clerk or administrative assistant.

Two thirds said new computer systems had increased the amount of time they had to spend on paperwork and administration and a further quarter said the IT systems being used were not appropriate for the job.

Dr Carter added: ‘Technology was introduced into the NHS with the best intentions, but when it takes a nurse double the amount of time to complete a paper form and then type it up on a computer, you know something has gone very wrong indeed.

‘We need a smart, efficient and IT-savvy NHS, not a halfway house that actually impedes the work of staff and takes them away from patients.’

Health Minister Dr Dan Poulter said: ‘Since we have come into government we have already cut the amount of red tape in the NHS – which will save an estimated 26,000 staff days and allow frontline NHS staff  to spend more time looking after patients – and we are looking at how to reduce bureaucracy even further.’

Shadow Health Minister Andrew Gwynne said: ‘David Cameron is  cutting the NHS front line and wasting billions on a chaotic re-organisation, leaving hospitals to operate without enough staff. Now form- filling is taking nurses away from their patients for longer and longer.’